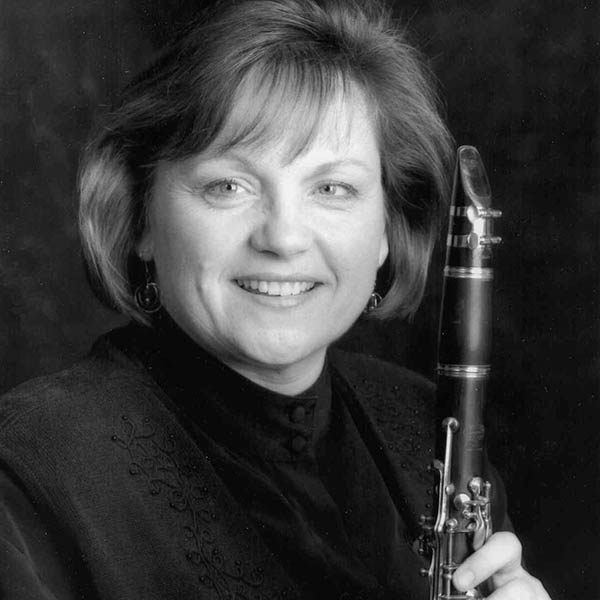 Principal Clarinetist, Charlene Zimmerman, has been at Lyric Opera since 1990. She is also Principal Clarinet with the Grant Park Symphony Orchestra and is on the faculty of Roosevelt University's Chicago College of Performing Arts.

With the Lyric Opera Orchestra and the Grant Park Symphony, Charlene has been heard many times over WFMT Fine Arts Radio for opening night broadcasts and other concerts. During the Wagner Ring Cycles of 1996 in Chicago, conducted by Zubin Mehta, Charlene received critical acclaim from New York Times music critic Bernard Holland: "during Gotterdamerung on Saturday night, the crucial clarinet parts were very beautiful."

Charlene is a sought after performer and has appeared as soloist with the Grant Park Symphony, Concertante di Chicago, Symphony II, Elmhurst Symphony, and the Symphony of Oak Park and River Forest. She has performed with the Chicago Symphony, the Milwaukee Symphony, American Ballet Theater, Music of the Baroque, the Sanibel Festival, and the Grand Teton Music Festival. She has recorded hundreds of TV and radio commercials here in Chicago, has recorded with the Chicago, Milwaukee, and the Grant Park Symphony Orchestras and can be heard with the Lyric Opera Orchestra on the Ardis Krainik Gala Concert, the Barber Antony and Cleopatra, and the Bolcom A View from the Bridge.

Outside of music Charlene devotes her time to her husband, writer Jack Zimmerman, their two sons and wives, and their two grandchildren.