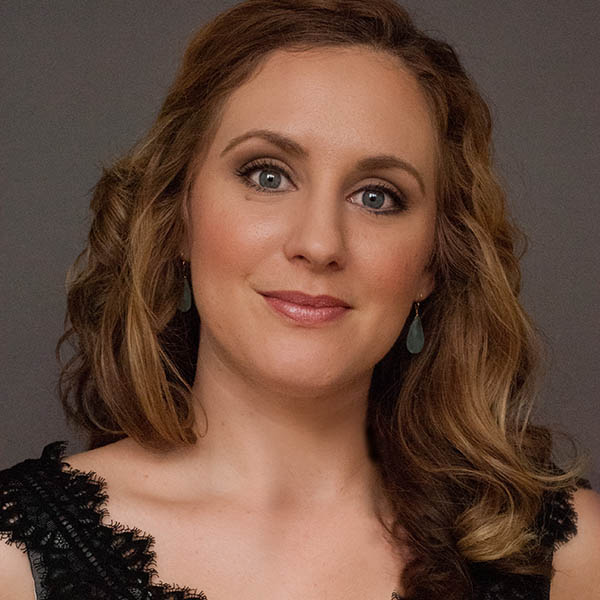 Soprano Rachael Holzhausen has been described as a "delightful spark" for her portrayal of Oscar in Union Avenue Opera's production of Un Ballo in Maschera.

Rachael has been a proud member of the Lyric Opera Chorus since 2004. In that time, she has covered several roles, including Adele (Die Fledermaus), Barbarina (Le Nozze di Figaro) and Gerhilde (Die Walküre). During the 2018-2019 season, Rachael is covering the role of Cretan Woman in Idomeneo, and is performing the third Spirit in Cendrillon. Some of Rachael's most memorable performed roles to date include: Madeline/The Face On the Barroom Floor (Central City Opera), Laurie/The Tender Land (Sugar Creek Opera), Ensemble/Show Boat (Lyric Opera of Chicago), and as Megan/Big Ben’s Odyssey (with the Chicago Symphony Orchestra).

A Michigan native, Rachael received her bachelor's of music degree with teacher certification from the University of Michigan and completed her master's of music degree from the University of Cincinnati College-Conservatory of Music. A soloist at many churches in the Chicagoland area, Rachael also sings in the professional choir at Fourth Presbyterian Church in downtown Chicago.