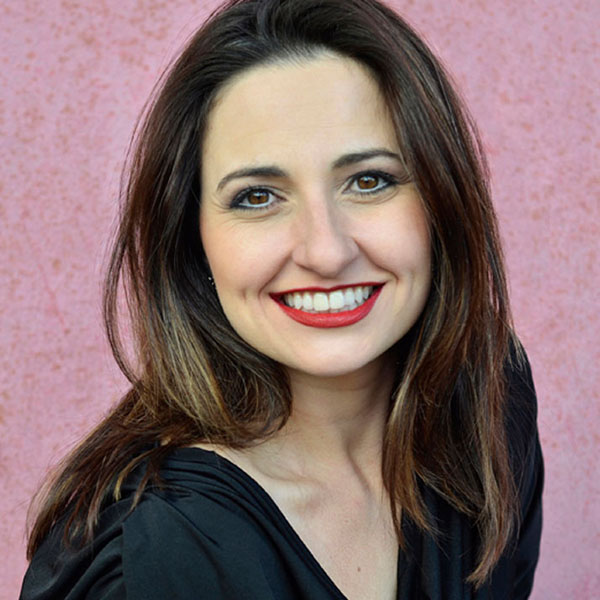 Maia Surace is a Mezzo-Soprano who lives and works in the city of Chicago. Ms. Surace serves as regular alto chorister with the Lyric Opera of Chicago. On Shabbat Eve and during High Holy Days, she cantors at Sinai Congregation in Chicago and is regular soloist at St. Luke’s Lutheran Church for Sunday services. During the pandemic of 2020, Maia was a featured virtual soloist in “Be My Love” for the 19th Century Charitable Association of Oak Park Concert Series. Most recently, she was honored to be a featured Italian-American performer at Shrine of Pompeii in Chicago. She will return to perform in the cast of “Opera in the Gardens” at Friendship Botanic Gardens in August. Additional performances include the Presbyterian Homes Concert Series, Chicago Cultural Center Chamber Mondays, the Union League Club, Musicians Club of Women Artists in Recital at Fourth Presbyterian, and soloist for St. Luke’s Cantata series. Roles performed include Orlando in the title role at Glimmerglass Opera, Cherubino in “Le Nozze di Figaro” at Elgin Opera, and Senorita La Bamba in “How Nanita Learned to Make Flan” for Cincinnati Opera Touring Company. Prior to her tenure as Lyric chorister, Ms. Surace portrayed Tisbe in “Cenerentola” for Lyric’s Opera in the Neighborhoods program.