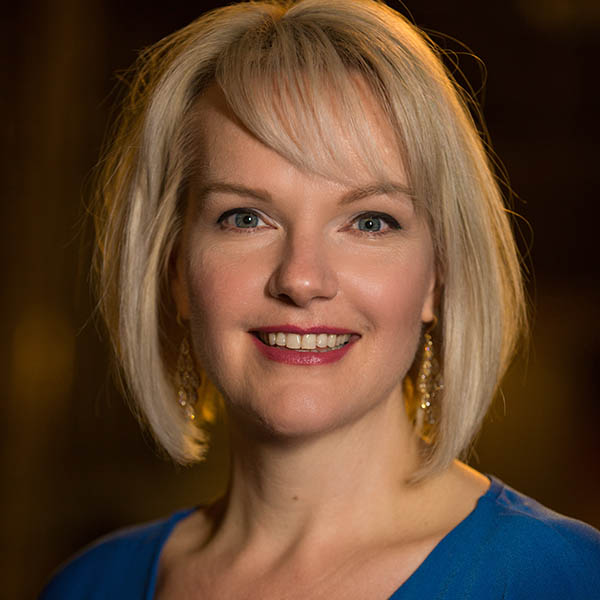 Soprano Kimberly McCord is a fourteen-year-veteran of the Lyric Opera chorus.  At Lyric she created the role of the German Diplomat in Lopez’s Bel canto and has understudied numerous roles, including Helmwige in Die Walküre.  A frequent performer with Chicago’s Haymarket Opera, she has sung 7 roles there, from Purcell’s Dido to Juno in Cavalli’s La Calisto to Costanza in Hadyn’s L’isola disabitata. Other local baroque appearances have included the title roles of Handel’s Semele and Rodelinda as well as Cleopatra/Giulio Cesare in the Handel Week Festival and Bach’s St. Matthew Passion and Handel’s Dixit Dominus with Music of the Baroque. Kimberly has appeared at the Peninsula Music Festival in Verdi’s Requiem, Barber’s Knoxville, Summer of 1915 and as Donna Anna in Mozart’s Don Giovanni.  She has recorded Bach’s Magnificat and Easter Oratorio with the Gabrieli Consort, Paul McCreesh conducting.