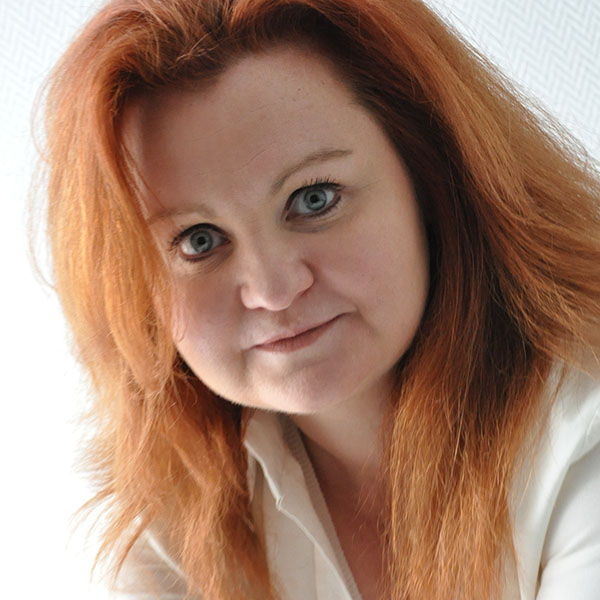 After completing her dance education at the Sorbonne, the French choreographer performed for several European dance companies and has also collaborated on several premieres with the Balafori and L4-L5 dance-theater companies. In 2003 she danced for the company directed by Laura Scozzi, Opinioni in Movimento, in the show F.E.I.R : desir-degout. She is Scozzi’s artistic assistant in theater, movies, special events, and opera, in particular for Laurent Pelly’s productions of La Périchole (Marseille, 2005 and on tour), La fille du régiment (San Francisco, Paris, Madrid, Barcelona, Seville), and Cendrillon (London, Brussels, Lille, Barcelona, New York). She has also collaborated with directors Jean-Louis Grinda (Die Fledermaus, Toulouse and on tour) and Emmanuelle Bastet (L'etoile, Nancy). Since 2009, she has danced for such companies as COD, collaborating with director/choreographer Olivier Dubois. She has choreographed for shows directed by Guy Freixe (Apres la pluie), Laurence Sendrowicz (Que d'espoir), and Agathe Melinand (Eric Satie-Memoires d'un amnésique). In 2016, she choreographed Christophe Gayral’s production of Idomeneo for the Opéra National du Rhin, and staged and choreographed with Sandra Savin the show Storm for the students of ENACR (France’s National School of Circus Arts). In 2019, she will perform with choreographer Taoufiq Izeddiou in Botero en Orient (ptemiere in Paris).