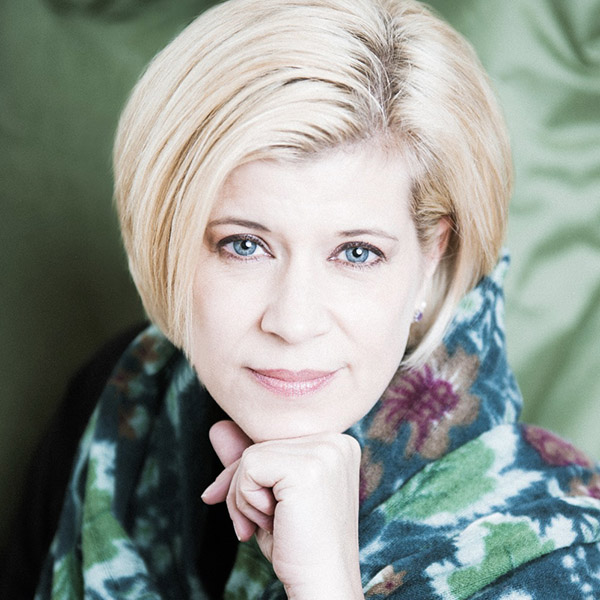 The acclaimed conductor, a Chicago native, made her Metropolitan Opera debut during the 2019/20 season leading Philip Glass’s Akhnaten—a production that, under her direction, recently won the coveted Olivier Award for its presentation at London’s English National Opera. Among the performances for which Kamensek was scheduled in 2020/21 were appearances with the Helsingborn Symphony Orchestra (Sweden), the Tyrolean Symphony Orchestra (Austria), and the Orchestre National Montpellier Occitanie (France). Recent operatic highlights have included her San Francisco Opera debut with a new production of Floyd’s Susannah; the Royal Swedish Opera’s production of Victoria Borisova-Ollas’s Dracula; and La bohème with the Göteborg Opera. Recent orchestral highlights include music of Thea Musgrave for Kamensek’s debut with the Royal Stockholm Philharmonic; a live-to-film performance of Miloš Forman's Oscar-winning Amadeus, marking her Oslo Philharmonic debut; and the Philip Glass/Ravi Shankar Passages (with master sitar player Anoushka Shankar) and Britten’s Sinfonia at the Royal Albert Hall for the BBC Proms as well as with the Orchestre Chambre de Paris in the Paris Philharmonie.