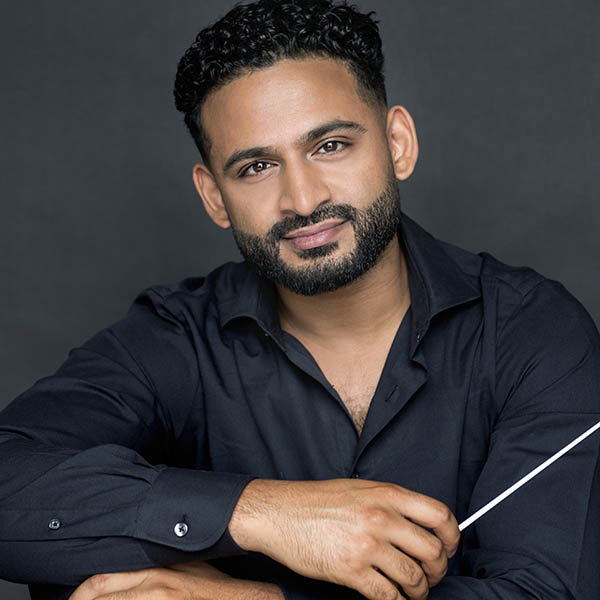 The Canadian conductor served as First Kapellmeister of the Komische Oper Berlin from 2017 through 2020. During this term, he collaborated with renowned director Barrie Kosky on four critically acclaimed new productions: Pelléas et Mélisande; La bohème; Weinberger’s Frühlingsstürme; and Candide. Debuts of the 2020-21 season include The Magic Flute at the Bavarian State Opera in Munich and a new production Der Rosenkavalier at Garsington Opera in England (with the Philharmonia Orchestra). Recent highlights have included debuts with Houston Grand Opera (Rigoletto) and the Staatsoper Hannover (La bohème). In Hannover he also conducted a concert program including Zemlinsky’s Lyric Symphony and Debussy’s La Mer. Other recent concerts have included a return invitation to the Orchestre Métropolitain in Montreal. De Souza studied conducting at McGill University in Montreal and made his conducting debut at age 20, leading Bach's St. John Passion. Upon graduating, he joined the McGill faculty from 2011 to 2015.