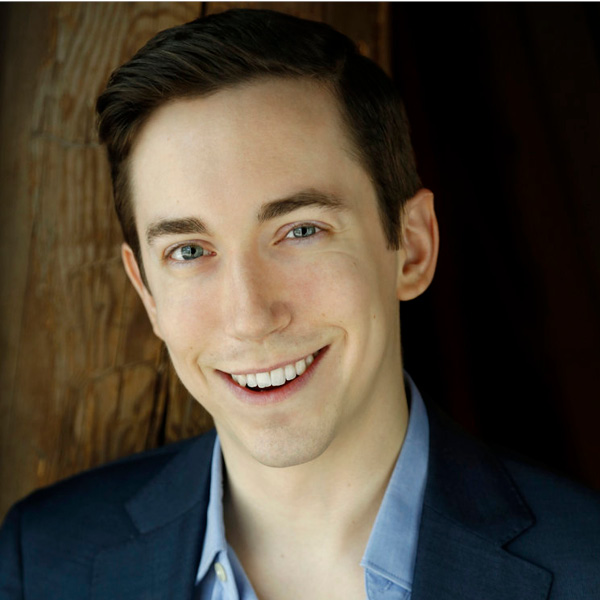 Jonas Hacker has established himself as a singer to watch, with recent debuts in companies and orchestras across the United States. A recent graduate of the Academy of Vocal Arts, he returns this season to Annapolis Opera (Laurie/Little Women, following Ferrando/Così fan tutte in 2015) and makes his Opera San José debut as the Prince/Alma Deutscher’s Cinderella. Active in oratorio, Hacker has appeared as tenor soloist in Beethoven’s Symphony No. 9 with the Columbus Symphony, and in a quartet rendition of Bach’s Cantata No. 150 with the Philadelphia Orchestra, Yannick Nézet-Séguin conducting. He will be spending this summer in France as a participant in the Mozart Residency program of the Festival d’Aix-en-Provence. Hacker has also been a Filene Young Artist at Wolf Trap Opera (Sospiro/ Gassmann’s comic opera L’opera seria, Roderick Usher/Glass’s The Fall of the House of Usher, Bastianello/Musto’s Bastianello, two recitals with pianist Steven Blier). The tenor was a 2016 Grand Finalist in the Metropolitan Opera National Council Auditions and a recipient of the Robert Jacobson Award in the 2017 George London Foundation competition.