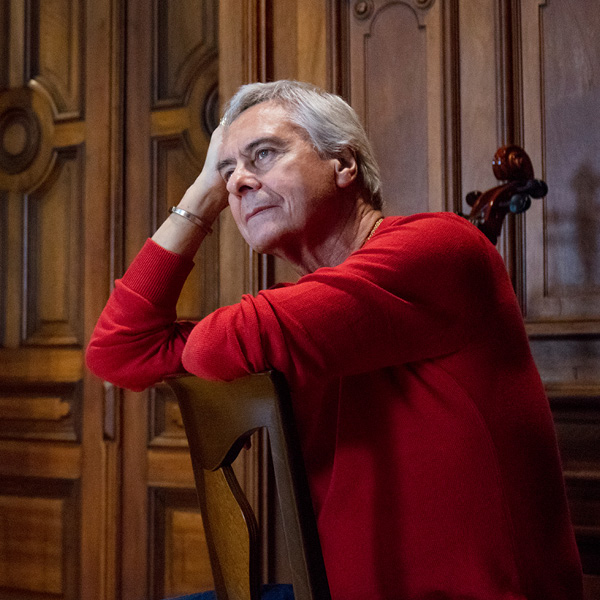 The internationally celebrated choreographer, a native of Milwaukee and an alumnus of Marquette University, completed his dance education in Copenhagen and at London’s Royal Ballet School. He then performed with Stuttgart Ballet before beginning a four-year tenure directing the Frankfurt Ballet. Since 1973 Neumeier has been director and chief choreographer of The Hamburg Ballet. Under his leadership the company has become one of the leading European troupes, while also earning acclaim in China, Japan, Russia, and North America. Founder of the School of The Hamburg Ballet, Neumeier also launched the National Youth Ballet. He has worked as a guest choreographer with the major opera companies of Vienna, Munich, Milan, and Paris; the Royal Ballet, Royal Danish Ballet, Stuttgart Ballet, American Ballet Theatre, San Francisco Ballet, Bolshoi Ballet, Mariinsky Ballet, and National Ballet of Canada, among many other companies. Neumeier’s oeuvre focuses on the preservation of ballet tradition, while also maintaining a modern dramatic framework. His more than 155 works range from evening-length narrative ballets drawn from celebrated literary sources (The Lady of the Camellias, Anna Karenina, A Streetcar Named Desire, Death in Venice, Peer Gynt, and more) to reinterpreted classics of the 19th century and three ballets inspired by the life of Vaslav Nijinsky. Neumeier’s numerous highly prestigious awards include most recently the Herbert von Karajan Prize (2007), the Kyoto Prize (2015), and the first Prix de Lausanne Life Achievement Award (2017).