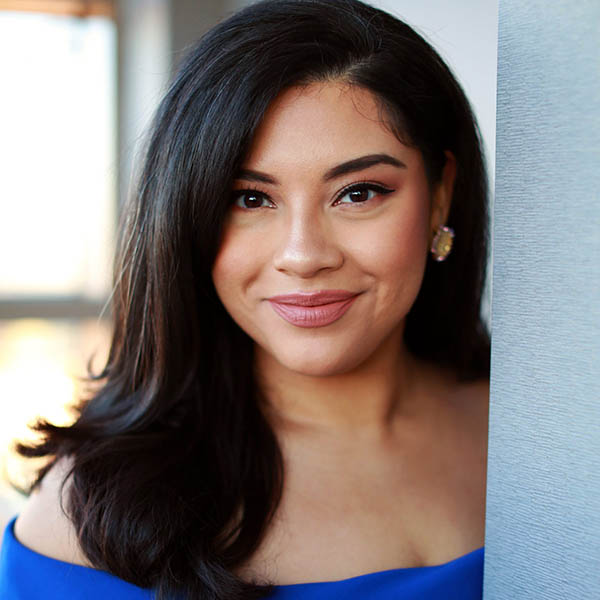 Chosen by WQXR in New York as one of “20 for 20 Artists to Watch” and named a 2019 Lincoln Center Emerging Artist (Metropolitan Opera), the Nicaraguan-American soprano is rapidly ascending to prominence. Currently in her final year of the Met’s Lindemann Young Artist Development Program, Reyes has appeared at the Met in Aida, The Magic Flute, and Gianni Schicchi. Operatic highlights to date also include Musetta/La bohème (Santa Fe Opera debut) and Cio-Cio-San/Seven Deaths of Maria Callas (Bavarian State Opera). Reyes has been heard as the First Lady/The Magic Flute in excerpts from Mozart’s opera with the Los Angeles Philharmonic, led by Gustavo Dudamel, at the Walt Disney Concert Hall in Los Angeles. She has also appeared as soloist with the New York Choral Society and the New Haven Symphony Orchestra. The soprano was awarded a coveted Sara Tucker Study Grant from the Richard Tucker Music Foundation in 2018.