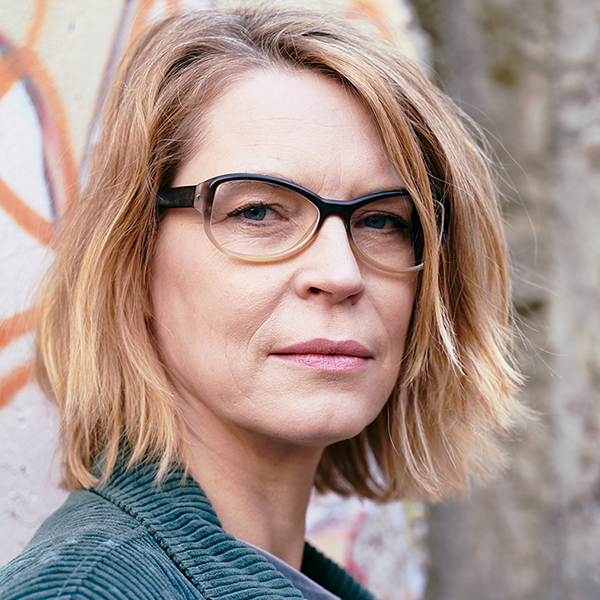 After her studies Esther Bialas joined the independent theatre scene in Hamburg and Berlin. Political free thinking and a do-it-yourself-attitude characterize her work as a costume designer.

While co-founding an independent acting group she also evolved into a stage designer. Later on, large-scale designs follow - also for opera, musical and operetta. To the delight of the cineaste Esther does not shy away from cinema and television.

Various productions by the Stemann group, including world premieres of Elfriede Jelinek's plays, were invited to Berlin Theatertreffen, Salzburg Festival and Ruhrtriennale.

Her numerous costume designs for drama director Nicolas Stemann have had a decisive influence on the theatre aesthetics of the Hamburger Schule.

In the course of her professional life Esther worked for Burgtheater, Deutsches Theater Berlin, Thalia Theater Hamburg and Theater Basel.

She has created opulent costume and stage designs for opera directors such as Barrie Kosky, Stefan Herheim, Martin G. Berger, Sigrid Strøm Reibo, Daniel Kramer and Christian Räth, including the ZAUBERFLÖTE at the Komische Oper Berlin, which has traveled around the world. Engagements have taken her from Bregenz to Basel, from Oslo to Lyon and from Los Angeles to New York.

Her designs for the theatre collective LaborLavache, which she founded with Christiane Pohle, have won her several awards and brought her to Marthaler's Schauspielhaus Zürich as a designer.