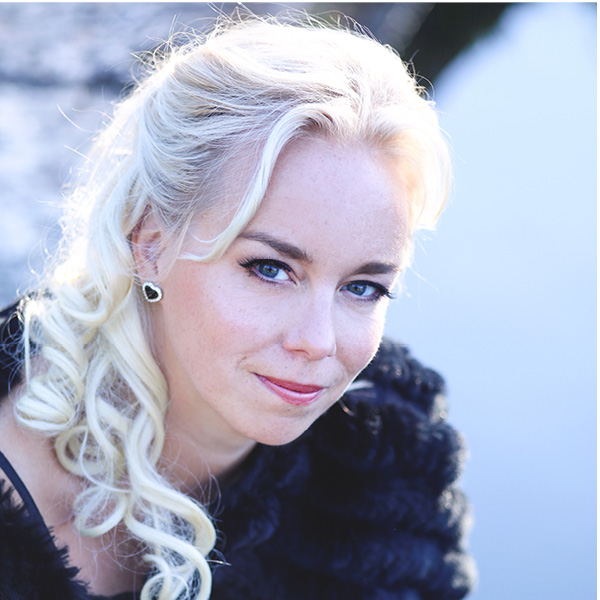 Since 2010 the Swedish soprano has been a guest artist at international opera houses and festivals such as Dresden’s Semperoper; the national operas of Oslo, Helsinki, and Riga; Oper Leipzig, the Deutsche Oper am Rhein (Düsseldorf-Duisburg), Gothenburg Opera, Antwerp’s Vlaamse Opera, Opéra de Lille, and Mexico City’s Bellas Artes; Stockholm’s Baltic Sea Festival; the festivals of the Ancient Theatre of Plovdiv, Copenhagen, and Tampere; and the Wagner Days in Budapest. In 2013 Strid made her U. S. debut at Michigan Opera Theatre in Detroit, as well as her Bayreuth Festival debut. The soprano is in demand for principal Wagner roles, such as Ada/Die Feen, Senta, Elisabeth, Freia, Sieglinde, Brünnhilde/ Götterdämmerung, and Gutrune. She has also been heard as Rusalka, Butterfly, Giorgetta/ Il tabarro, Chrysothemis/Elektra, and Nyssia/ Zemlinsky’s King Kandaules. This season she will star as Wagner’s Elisabeth (Oper Leipzig) and Senta (Budapest’s Müpa concert hall), while also reprising Sieglinde (Düsseldorf/ Duisburg). As a concert singer Strid has performed with the Swedish Radio Orchestra, the OFUNAM-Orchestra in Mexico City, the Gothenburg and Stuttgart Philharmonic Orchestras, and the Miscolc and Stockholm Symphony Orchestras. Recently she made her successful role debut as Salome (Oper Leipzig). Her first solo album, "Wagner und Beethoven" was released in July 2017.