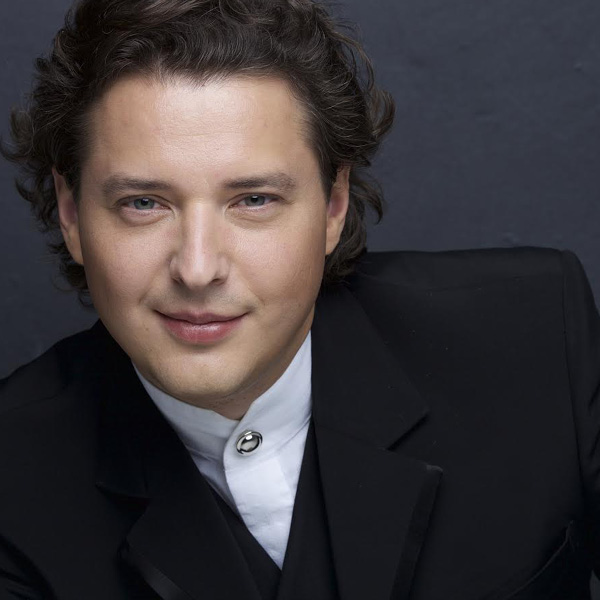 Recognized worldwide as one of the most exciting and sought-after singers of his generation, the Russian tenor was the winner of the prestigious Francisco Viñas International Singing Competition in Barcelona and received fourth prize and the Zarzuela Prize at Plácido Domingo’s Operalia Competition in Los Angeles. He then continued his career, performing on the most famous operatic stages of the world: Vienna State Opera, Metropolitan Opera, Bavarian State Opera, the Royal Opera House (Covent Garden), the Zurich Opera House, and the major houses of Paris, Lyon, Berlin, Hamburg, Madrid, Parma, Monte Carlo, Turin, Amsterdam, Brussels, and Los Angeles, as well as Carnegie Hall, Alice Tully Hall, and the Salzburg Festival, among others. Korchak’s repertoire spans more than 50 titles. He appeared in Pesaro at this summer’s Rossini Opera Festival as Torvaldo/Torvaldo e Dorliska and tenor soloist in Rossini’s Stabat Mater. Other recent successes include Don Giovanni (Barcelona), The Barber of Seville (Met), and L’elisir d’amore (Vienna). Among highlights of the current season are Jean/Le prophète (Berlin), Arturo/I puritani (Vienna), and the title role/Les contes d’Hoffmann (Tokyo), as well as different concert programs in which Korchak serves as conductor. The tenor is represented on more than 25 CD and DVD recordings, including complete recordings of Don Giovanni, The Barber of Seville, The Pearl Fishers, Eugene Onegin, and Le Comte Ory.