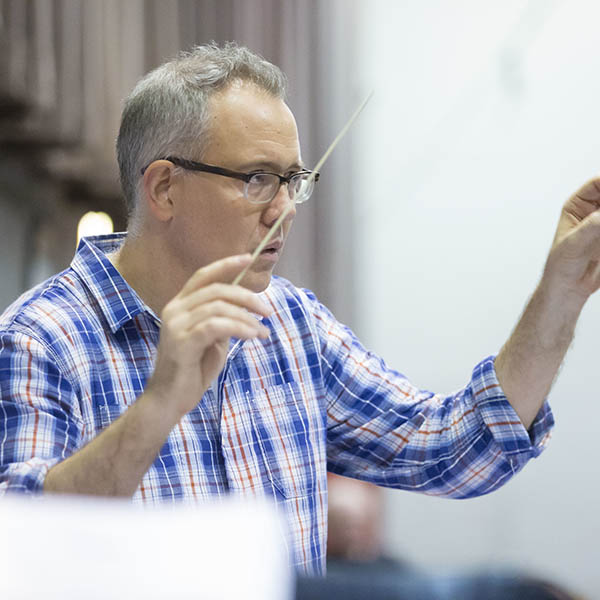 David Chase debuted at Lyric in the 2014|15 season with Carousel. Chase has been music director, music supervisor and/or arranger for more than 30 Broadway productions, most recently Tuck Everlasting, Finding Neverland, Rodgers and Hammerstein’s Cinderella, Nice Work if You Can Get It, How to Succeed, Anything Goes and Billy Elliot. Outside of New York City, he was the arranger for revivals of Guys and Dolls and Evita in London’s West End and Damsel in Distress at the Chichester Theatre Festival, as well as current productions of My Paris at The Long Wharf Theatre and Anastasia at Hartford Stage. Beyond the theater, he has written arrangements for the Boston Pops, Essential Voices USA, the BBC Concert Orchestra, the Kennedy Center Honors, the 92nd Street Y, Radio City Music Hall, and the Bobby Darin biopic Beyond the Sea. Chase has two Emmy nominations as music director for NBC’s live telecasts of The Sound of Music and Peter Pan, and a Grammy nomination for the cast album of Nice Work If You Can Get It.