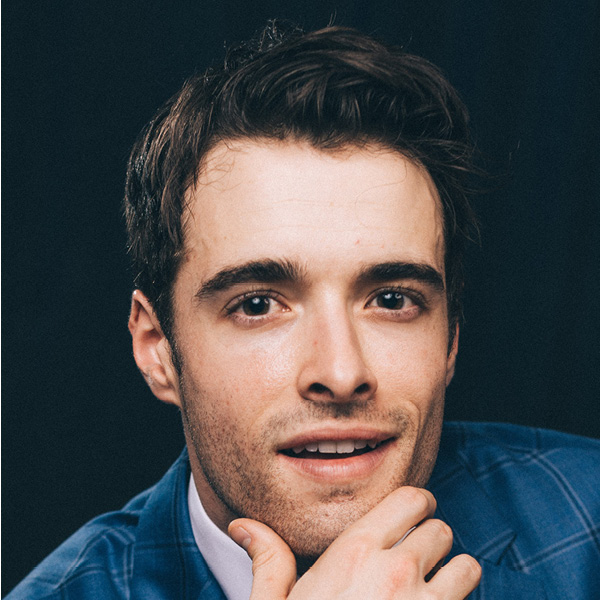 Corey Cott, a graduate of Carnegie Mellon School of Drama, received critical acclaim on Broadway for his performance in the Tony Award-winning musical Bandstand. He made his Broadway debut as Jack Kelly in Disney’s Newsies and played the role for two years, followed by the revival of Gigi starring opposite Vanessa Hudgens. On television, he appeared opposite Christina Ricci in the Amazon series Z: The Beginning of Everything and costarred alongside Hattie Morahan in the BBC/PBS miniseries My Mother and Other Strangers. He can also be seen in a recurring role on The Good Fight (CBS All Access). Other credits include The Interestings (Amazon pilot), Madam Secretary, Public Morals, Law and Order: SVU, and recently completed filming a role in the new Fox pilot, Filthy Rich. A native of Chagrin Falls, Ohio, Cott previously starred in Francesca Zambello’s staging of West Side Story in Concert with the National Symphony Orchestra at The Kennedy Center, conducted by Steven Reineke. He recently made his Carnegie Hall debut singing with the New York Pops.