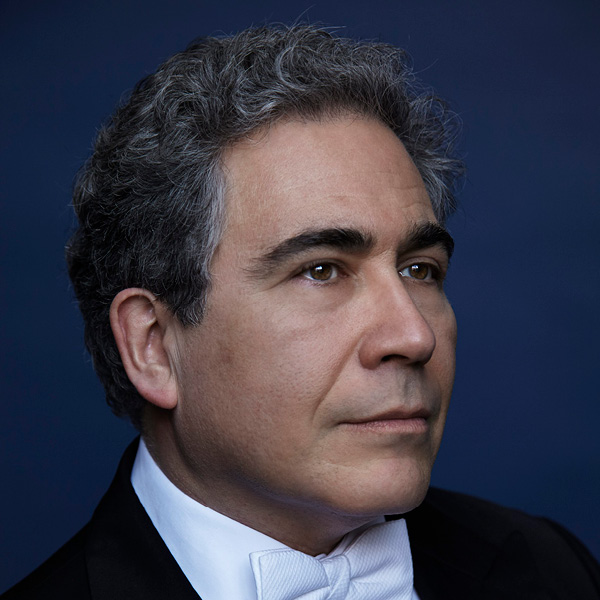 Critically acclaimed for appearances with major opera companies and orchestras worldwide, the Milan-born conductor has recently performed at Zürich Opera (The Pearl Fishers), Welsh National Opera (I puritani), and Milan’s La Scala (Cavalleria rusticana, Tosca). Highlights of his current season include Cavalleria rusticana, Pagliacci (WNO) and Giordano’s rarely heard La cena delle beffe (La Scala). Rizzi has worked with the world’s leading orchestras, companies and festivals, among them the Vienna State Opera, the Opéra National de Paris, Munich’s Bavarian State Opera, Sydney’s Opera Australia, and the festivals of Edinburgh and Salzburg. Rizzi has given more than 70 performances at the Royal Opera House, Covent Garden, and more than 170 at the Metropolitan Opera, where he debuted in 1993 with La bohème and conducted the Barber of Seville Christmas Day performance, broadcast live to an audience of millions. Rizzi was Welsh National Opera’s music director from 1992 to 2001, returning for a second term between 2004 and 2008. Under his direction the WNO orchestra was named as the 1995 Royal Philharmonic Society’s Large Ensemble of the Year. For DVD he has recorded Il trovatore at Bologna’s Teatro Comunale and La traviata at the Salzburg Festival. The latter is also available on CD, as are Rizzi’s performances of Cinderella (twice), La traviata, Un ballo in maschera, Faust, and operatic recital discs with Jennifer Larmore, Olga Borodina, Marcelo Álvarez, and Juan Diego Flórez.