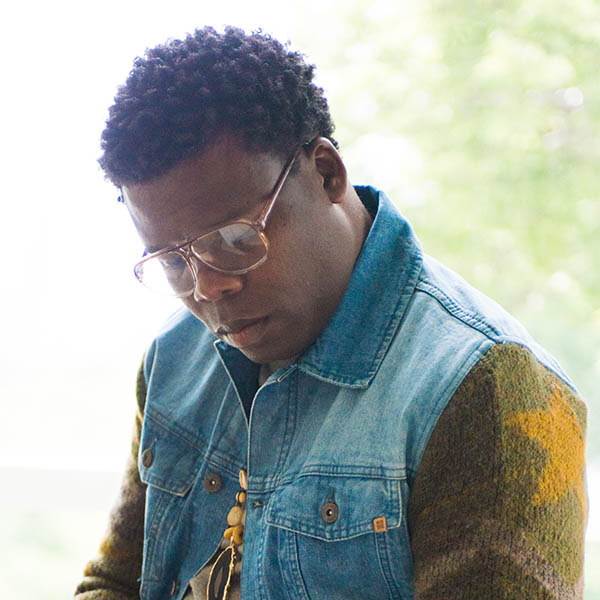 Interdisciplinary artist avery r. young is also an award-winning teaching artist who has been an Arts and Public Life Artist-In-Residence at the University of Chicago. In the foreword of his most recent book neckbone: visual verses (Northwestern University Press), Theaster Gates called him “one of our greatest living street poets...one of the most important thinkers on the Black experience,” Black Grooves referred to his most recent album tubman. (FPE Records) as “brilliant” and “supremely funky.” Young’s poems and essays have been published in Cecil McDonald's In The Company of Black, The BreakBeat Poets, The Golden Shovel Anthology: New Poems Honoring Gwendolyn Brooks, AIMPrint, and other anthologies. His album booker t. soltreyne: a race rekkid engages matters of race, gender, and sexuality in America during the Obama Era. Avery’s work in performance, visual text, and sound design has been featured in several exhibitions and theatre festivals—notably The Hip Hop Theatre Festival, The Museum of Contemporary Art, and American Jazz Museum.   He is the featured vocalist on flutist Nicole Mitchell’s Mandorla Awakening (FPE Records) and is 1 of 4 directors of The Floating Museum, co-mentoring Rebirth Youth Poetry Ensemble and performing with his band, de deacon board.