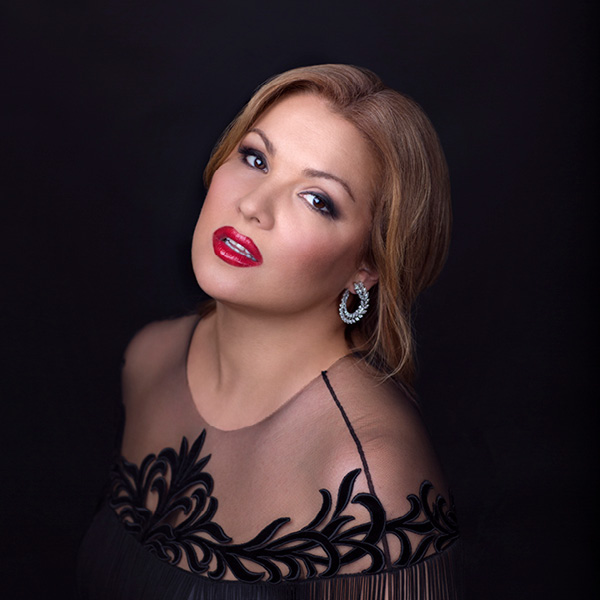 Anna Netrebko, who made a triumphant Lyric debut as Mimì/La bohème in 2013, has redefined what it means to be an opera star. From singing at the opening ceremony of the 2014 Winter Olympics to becoming the first classical artist named to the “TIME 100” (the magazine’s list of the world’s 100 most influential people), the Russian soprano is one of opera’s foremost global ambassadors. In live performance and on award-winning recordings, her portrayals of iconic operatic heroines have made an indelible mark on the canon, establishing her as one of today’s most compelling, committed performers in any genre. Her recent ventures into bolder, more dramatic repertoire have confirmed yet further her place in the annals of operatic history.

A native of Krasnodar, Netrebko began her career at the age of 22 at St. Petersburg’s Mariinsky Theatre. She went on to triumph as Donna Anna/Don Giovanni at the Salzburg Festival, before attaining superstar status in the leading lyric-soprano roles of Bellini, Donizetti, Gounod, Verdi, Massenet, Puccini, and Prokofiev. In the title role/Anna Bolena in 2011 (Vienna, Met) and the title role/Giovanna d’Arco two years later (Salzburg), she began to transition into heavier, more complex roles. She has since reprised Giovanna d’Arco at La Scala and made debuts as Leonora/Il trovatore (Berlin, Vienna, Paris, Salzburg, Met), Lady Macbeth/Macbeth (Munich, London, Met), and Maddalena/Andrea Chénier (La Scala), as well as in the title roles of Manon Lescaut (Rome), Aida (Salzburg), Adriana Lecouvreur (St. Petersburg, Vienna), and Tosca (Met). Her Met Macbeth opened the tenth anniversary of the company’s “Live in HD” cinecast series, and a 2016 Dresden Lohengrin marked her victorious Wagnerian debut in a work she will reprise in her 2019 Bayreuth Festival debut. In addition to regularly headlining productions with the world’s leading opera companies, Netrebko has appeared extensively in concerts and recitals across five continents. Her performances in celebration of the World Cup openings in 2006 at Berlin’s Waldbühne amphitheater and in 2018 at Moscow’s Red Square were both televised internationally. Since 2002 she has been an exclusive Deutsche Grammophon recording artist, amassing a substantial discography comprising complete operas, concert repertoire, numerous bestselling solo albums, and a recording of love duets with Eyvazov.

Among Netrebko’s many honors are a 2017 International Opera Award for “Best Female Singer”; the 2016 Opera News Award; Musical America’s 2008 “Musician of the Year”; three Grammy Award nominations; Germany’s prestigious Bambi Award; the UK’s Classical BRIT Awards for “Singer of the Year” and “Female Artist of the Year”; the Russian State Prize and designation “People’s Artist of Russia”; and the rank of Austrian “Kammersängerin.” She is a global ambassador for Chopard jewelry.
A mother and a passionate advocate for children’s causes, Netrebko shares her infectious joie de vivre – along with her love of family, fashion, and food – on social media, inspiring people to live their most colorful lives and to celebrate what makes them unique.