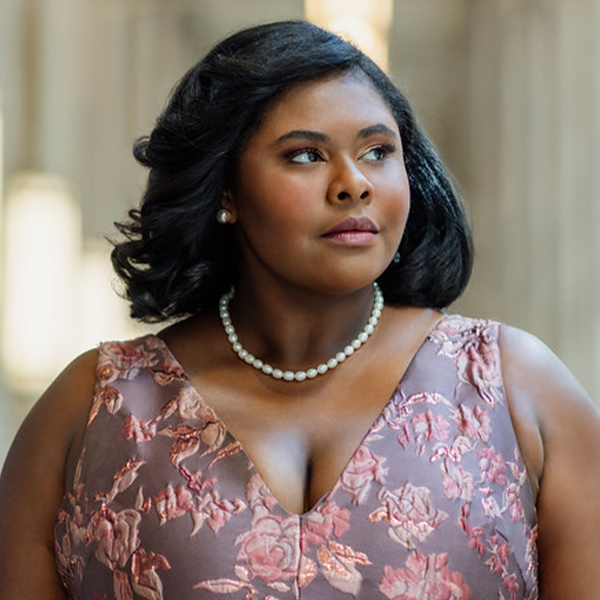 Soprano Lindsey Reynolds, a native of New Orleans, is a first-year member of the Ryan Opera Center. In 2021/22 she portrayed Despina/Così fan tutte and Betty/Marc Blitzstein’s Triple-Sec (film adaptation) with Curtis Opera Theater. She was also an Emerging Artist with Opera Philadelphia, where she sang the Page/Rigoletto. Among the many leading roles Reynolds has performed are Zerlina/Don Giovanni, Adina/The Elixir of Love, Giulietta/I Capuleti e i Montecchi, Miss Wordsworth/Albert Herring, and Monica/The Medium. She has appeared in concert with the Curtis Symphony Orchestra under Yannick Nézet-Séguin and with the Philadelphia Orchestra under Stéphane Denève. Recipient of an Emerging Artist Award from Opera Index, Reynolds has been awarded first place in many competitions, among them the Camille Coloratura Awards, James Toland Vocal Arts Competition, Young Patronesses of the Opera/Florida Grand Opera Competition, Hal Leonard Art Song Competition, and National Association of Negro Musicians Competition. Reynolds received Bachelor of Music and Master of Music degrees from the Curtis Institute of Music.

During the 2022/23 season, Reynolds will be heard in Don Carlos, Le Comte Ory (Lyric premiere), and in the world premiere of Lyric’s triple bill of new American operas, Proximity.